Exploratory drones of the future

This project aims to revolutionise geophysical data acquisition using automated drones. By 2021, the goal is to have an industrial-scale pilot in Papua New Guinea, for a large-scale seismic acquisition campaign covering several dozen square kilometres. 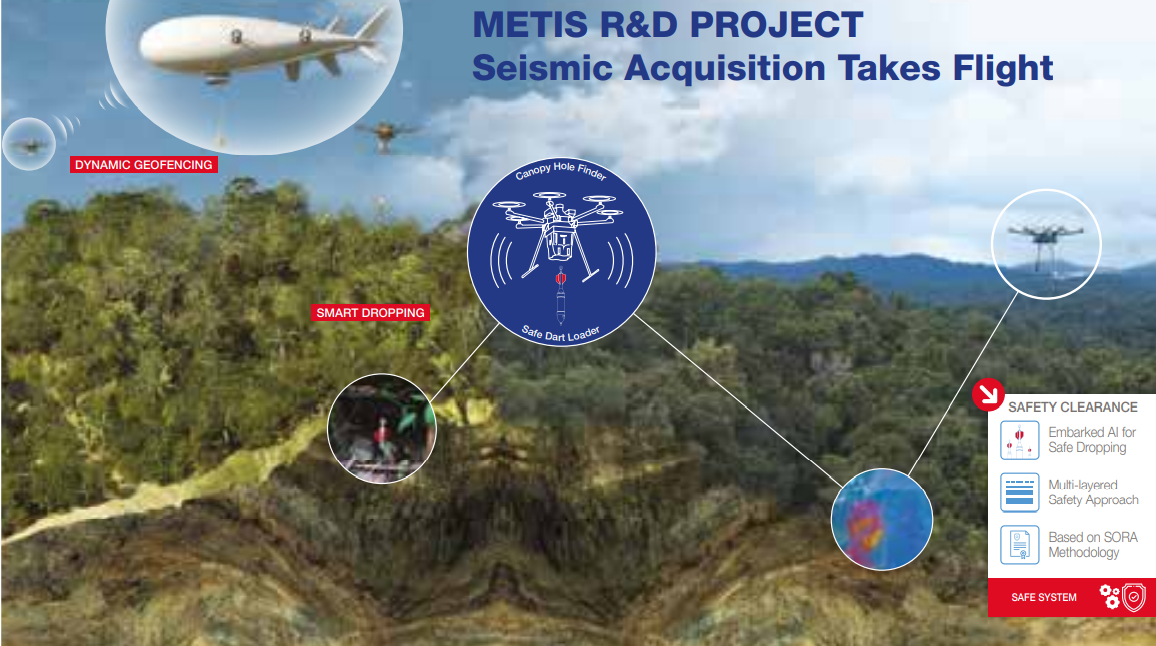 Methodologies and technologies have been developed to improve the quality of 3D images of the subsoil in increasingly complex geological environments, notably for on-shore areas that are difficult to reach: Metis uses 25 drones and tens of thousands of DARTs (Downfall Air Receiver Technology – wireless seismic sensors) to obtain high-quality images of the subsoil in real time, while reducing both costs and risks.

As part of a consortium with Altran, Scalian is specifically in charge of the system and software architecture for the fleet of drones. The main technological challenge is to ensure it is reliable, autonomous and intelligent. With this in mind, Scalian has developed embedded software that enables the drones to coordinate their movements using a dedicated communication network, and to carry out the mission with a high degree of autonomy.

The Group is also involved in the specifications and design of the drones and their payload. A specially designed simulator is used to test most of the software and hardware components developed on the ground. The project’s stakeholders are closely involved in considering and defining future aviation regulations related to operating drones in Europe and around the world.

drone fleet research
Contact our experts to find out more
Our specialists are available to discuss your business needs and the ways in which we can work together to unleash your potential.